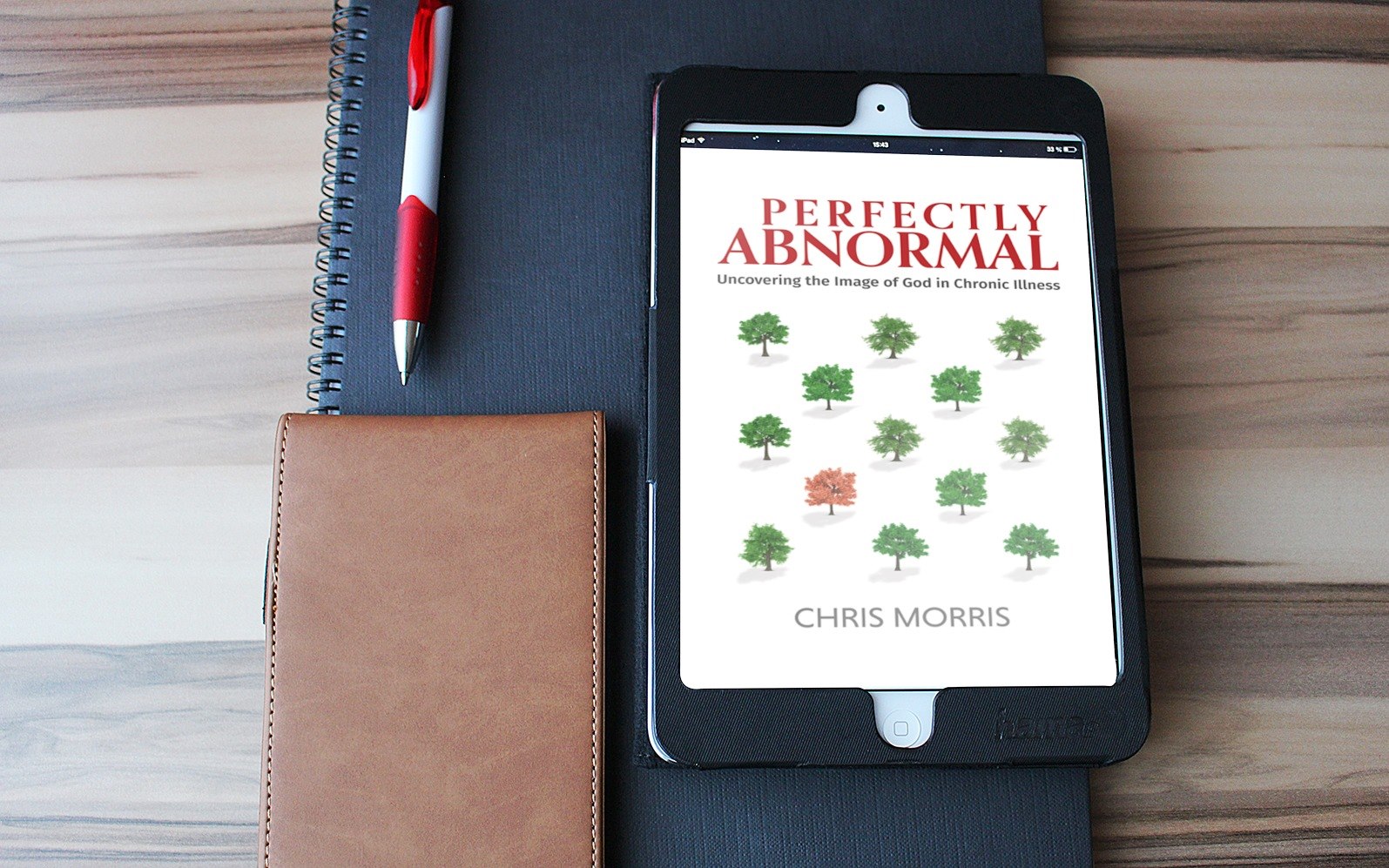 1. Tell us a little about yourself.

I’ve been married to my wife Barbara now for almost as long as I lived the unmarried life, and every year is an adventure. Together, we’re raising four kids, three boys and our daughter who’s epileptic and high-functioning autistic. Plus, I have my own seizure disorder.

So, it doesn’t often feel like we have easy days. There’s always an adventure, a seizure, an emotional outbreak, or a tantrum. And that’s just talking about me!

2. What motivated you to write Perfectly Abnormal?

The idea for the book started with me. In our family, we spent the better part of a decade feeling as though we were somehow defective before God because our daughter had a chronic illness. We kept hearing the message, “If you just had more faith, your daughter would be healed by God.”

In the context of conducting interviews on my own site (chrismorriswrites.com), I discovered this is an unfortunately common experience. I believe it stems from a poor theology of illness. Pastors and church leaders use a simplistic view of healing in the New Testament to emotionally harm those with a chronic illness (often unintentionally).

So, I wrote Perfectly Abnormal as an antidote to these unfortunate teachings, and with the intention of helping all of us in the chronic illness community understand that a fulfilled life is possible despite any health condition.

3. In the book, you share eight myths. What is one of the biggest myths?

The strongest myth is It’s Your Fault. Somehow, if we were better, or stronger, or had more faith, or made better choices, or did something different, then our illness would go away. This is true whether it’s depression based on an imbalance in your brain chemistry, epilepsy caused by genetic mutations, or fibromyalgia. We all battle with the idea that it’s our fault.

One of the keys to overcoming this myth is to accept the idea that we are ill, not dead. In the New Testament, God says we are more than conquerors. There could be some squabbling over exactly what it means to be more than a conqueror, but this much is certain – conquerors don’t sit on the sidelines of life. So, we must choose to engage in life. We must not let guilt or fear hold us back. Instead, we must learn to step forward, acknowledging the fear without giving it hold in our lives.

4. There is also a chapter on bridging the gap to better relationships. What’s the first step we can begin practicing right now?

This is going to sound weird, but we have to start with an assumption that whoever we are talking to knows absolutely nothing about our health condition. And then, even though it feels unfair, we often have to take the first step into awkwardness. Instead of waiting for others to open the conversation on the elephant in the room – our health.

For me, I tend to mention my seizure disorder in some small way in the midst of a conversation. This opens the door for questions without the discomfort of having to bring it up. Anne Jackson talks about this as the gift of going second in her book Permission to Speak Freely. It’s a powerful tool that seems to deflate the pressure from a difficult place in relationships.

This feels uncomfortable for me to say, but my book is another way to open conversations. Perfectly Abnormal provides a common language and deeper insight into our daily lives, without judgment or anger getting in the way. I have already given a couple copies to family members, and it’s helped smooth our conversations.

5. How can we better love people living with chronic illness / special needs? Give us a practical example from real life.

6. Is there anything else you’d like to add to the conversation today?

7. Where can we find your book?

You can find it on Amazon, Barnes & Noble, or iBooks. Also, if anyone is interested in a 5-week Bible study to accompany the reading of Perfectly Abnormal, they can sign up for that here.