How Limits are Part of Humanity 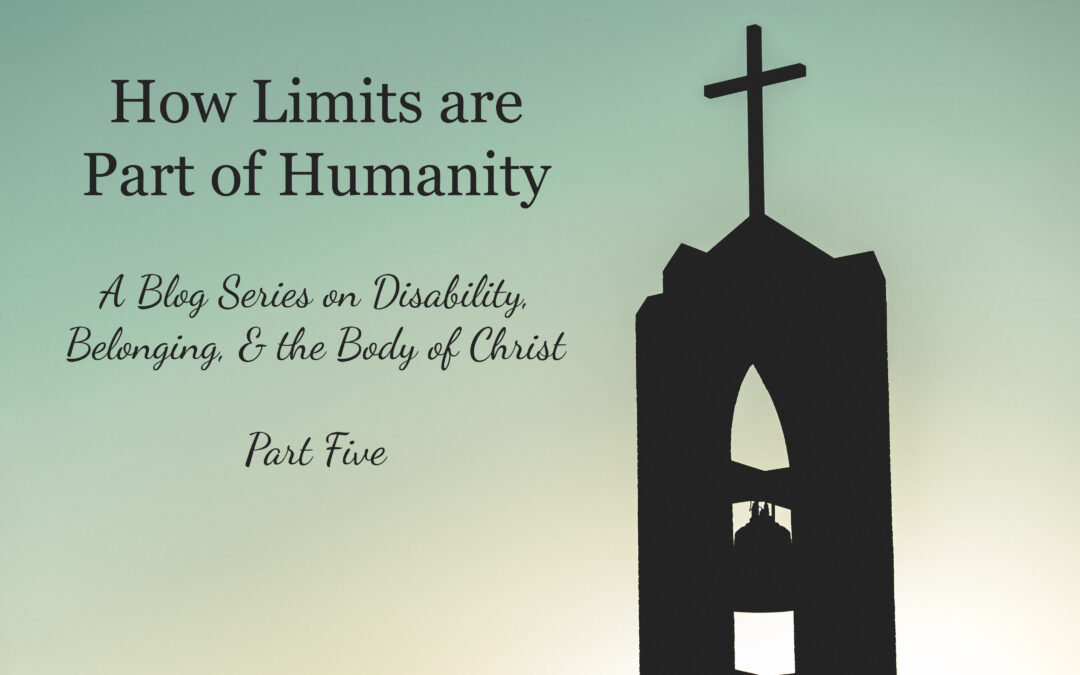 “Like everyone else, people with developmental disabilities have wonderful strengths and gifts that exist alongside their limitations.”[1]
Erik Carter

Theologian Deborah Creamer tells us, “…limits are an unsurprising aspect of being human. Limits are normal. Rather than acting as a deficit, they lead us toward creativity, and even toward God.”[2]

If limits are normal, why do limits within the context of disability seem abnormal? Kevin Timpe points out a possible reason: “Although the Church recognizes in its theology that we are dependent on one another and on God, too often it acts as if dependency is a problem to be solved rather than inherent human trait to be affirmed and even celebrated.”[3]

That is a powerful statement. Take a moment to read it again and just sit with it.

At the beginning of the Bible, God told Adam, “It is not good that the man should be alone; I will make him a helper as his partner.” (Genesis 2:18) This speaks of the dependence between two human beings, Adam and Eve.

Going a little further in the Old Testament, we find the story of Moses. He didn’t feel capable of being God’s servant, “…I am slow of speech and slow of tongue.” (Exodus 4:10) God responds in verse 11, “Who gives speech to mortals? Who makes them mute or deaf, seeing or blind? Is it not I, the LORD?” Moses’ brother, Aaron, joined the calling to serve God’s people and help Moses. They worked together, both bringing limits and abilities, and both relying on God to guide actions.

I also want to note three other examples to consider from Scripture:

Physical weaknesses, or limits that occur with a disability, are not supposed to be viewed as abnormal. Limits are not reasons to exclude.

Limits can make a person more creative and determined to identify abilities.

Limits open the space for a healthy dependence on God and each other.

And if we didn’t have limits, how would the world see the power of Jesus shining through us?

Reflect on Your Own
In what ways are you limited? What are your strengths versus weaknesses?

Respond with Action
Practice dependency. Be aware of when you depend on someone’s help and how you can be available for someone to depend on you. Make sure they know you mean what you say.